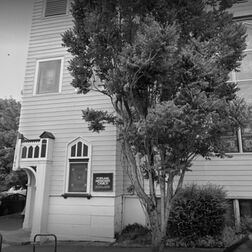 When Beckie reached out to me about our congregation joining Family Promise, I was initially hesitant. Who was this woman and what is Family Promise? After meeting with her, however, everything clicked. Our congregation has had a long history of coming alongside people who are experiencing houselessness. Family Promise makes houselessness personal. It’s an opportunity for us to practice hospitality—to open up our building and our lives to what God is doing in the world. The thing that appealed to me as a pastor is that the commitment is manageable. Hosting once a quarter means we don’t have to redesign our space or tire out our volunteers. Family Promise also allows us to get to know other churches in the Portland area, coming together in our witness to God’s kingdom.  Our mission as Portland Mennonite Church is “To seek the peace of the city.” Family Promise is allowing us to enter more fully into the life of our city. 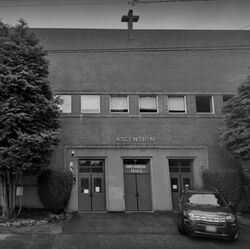 On one hand, the homelessness crisis here in the Portland Metro is complicated.  On the other, Jesus says it simply: “When I was homeless you sheltered me.”  Ascension Catholic Church has been giving shelter and feeding the hungry for a long time.  So, when the last organization we partnered with fell apart—just as the homelessness situation was worsening—we knew we would have to figure out something new.  We couldn’t just stand by and do nothing. But what to do?  After investigation, dialogue, and discernment, we bought into the The Family Promise model for homeless hospitality.  It is a faith-based shelter program where the parish has a voice in the leadership; it couples us with other churches to be co-workers in the vineyard of the Lord; it doesn’t just house the families temporarily, but seeks to help them get into permanent housing; and it is a well-established and respected program with regional and national support so we didn’t have to reinvent the wheel. It is neat to see new parishes coming on board and the Lord raising up leaders for the project.  It’s been a slow process, but it has given me the hope that this work won’t be a flash in the pan, but a sustained light of Christ here on the East side. 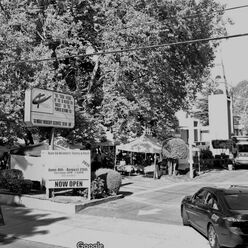 ​Living in the city of Portland for most of my life has allowed me to see how communities within the city transform.  My wife, Jolene and I purchased our first house in the same area where we minister at Central Christian Church in 1982. The community around us was basically lower to middle income with many houses that were not in the best state of repair.  We paid $38,000 for ours. As time went by, however, Portland became more and more nationally known as a desirable place to relocate and we watched our neighborhood change in its culture and economic status.  Our starter house that we lived in for 17 years now appears on Zillow at $565,000!  That is typical of many Portland neighborhoods. Of course, this was an advantage for those who were able to get on that wave early.  Many saw home values skyrocket to levels beyond their wildest dreams. Others, however, began to experience hardship as they struggled to keep up with increasing rent or house payments due to property taxes rising in proportion to home values.  Most working-class families have now had to move out and the community is filling with higher income professionals and those with wealth. Many of those who had to move have sought housing in other districts of the Portland metropolitan area or other cities where the cost of living is less.  Some however, have not been as successful in his process, with its many variables and twists and turns, and it has brought about a problem and interesting phenomenon in our community.  Among the prosperous who now live here is a kind of sub-community of homeless families. They are not addicts or mentally ill or criminals, they have simply been caught in the rising economic tide and have been unable to attain housing they can afford.  Some have the additional stress of job-loss.  They have children and are terrified that their kids will be taken away because of an inability to provide adequate living conditions.  They fly under the radar trying to remain as inconspicuous as possible.  They live with friends or relatives, in motel rooms, in cars or any other temporary accommodations that will allow their family to remain intact.  They continue to send their children to school. The last thing they want to do is live on the streets or be part of any kind of nuisance factor that would alert authorities. Recent statistics say that there are more than 1100 homeless school children in the Portland area. According to HUD, the state of Oregon has the highest rate of unsheltered families with children in the nation. Approximately eighteen months ago an organization called Family Promise reached out to me.  They shared their mission to minister to this growing need by coordinating churches and other civic-minded organizations to provide a ‘hand up’ for families of homeless children. Working together as a team, congregations provide space in their church building that can serve as a temporary shelter. Each congregation on the team contributes one week out of every quarter. In addition, Family Promise provides a day center, where families can take showers, do laundry, receive counseling and look for housing and jobs. Transportation to get families from the host churches to the day center, jobs and school is also provided. With church members and other volunteers giving their time, making meals, and sharing hospitality, family homelessness is addressed without the creation of expensive shelters. The volunteers are the core of the program. They provide meals, spend the night, and all the other things that one would do as a host to a guest family. 90% of the families in this program are back on their feet within three months. They prove that motivated people can help solve family homelessness. This kind of program resonated with me because I had seen this problem up close in our community and wanted to do something about it, but felt helpless because many of the problems in the houseless community were related to addiction and other behavior that required professional training to handle.  I wanted to find something that would allow our congregation of untrained volunteers a chance to work with the segment of the homeless population that did not require special training to help. Family Promise was the answer.  Now we can work together with other churches to reach out in a meaningful way and do our part to help restore families who have had circumstances turn against them.  I love having a program that allows our congregation to be the hands and feet of Jesus.  Many times, as a pastor I have thought, ‘what would Jesus be promoting if He were the pastor of this church?’  I just want to say that I believe that He would applaud the ministry of Family Promise. 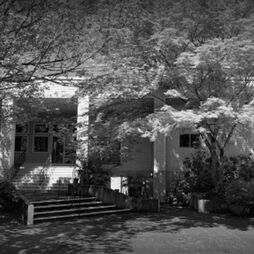 Programs like Family Promise provide opportunities for our congregation to make impactful and meaningful relationships with folks who need a little help. Whether it’s sharing a warm meal, creating an inviting atmosphere, or simply talking with clients, this program has the capacity to enrich our congregation's spiritual life. With their tested and proven formula, Family Promise brings together communities of faith to address the needs of the very people we feel divinely compelled to help. If your church is looking for ways to take an active role in serving your community, I can’t recommend Family Promise enough. They’re a group that is dedicated to the work of addressing familial houslessness in Portland. The Portland Community of Christ is committed to alleviating the unnecessary suffering of others; Family Promise is too.